Responsibility and competence are the key to crime prevention

President Shavkat Mirziyoyev got acquainted with activities that are being carried out at Orzu makhalla citizens’ assembly in the city of Namangan on the basis of Prosperous and Safe Makhalla Concept.
Orzu is one of the exemplary makhallas of Namangan. Founded in 2013, the makhalla has 830 standard and 1,682 individual houses. About 12.5 thousand people live here with all amenities and facilities.
During his visit to the region in 2017, the Head of the state visited this place and got acquainted with the presentation of the system for creating amenities for the population and ensuring safety using the example of Orzu makhalla.
15 projects have been implemented and more than 930 jobs have been created in the small industrial zone Orzu, organized here. About 400 employed are locals. A kindergarten, a school with 650 places, pharmacies, retail outlets and catering facilities, a fitness club and a mini-football field were built. Last year, 20 service houses for civil servants were built.
The current visit of the Head of the state to the makhalla gave an impetus to another good initiative. The start of implementation of projects Safe Makhalla in this makhalla and Smart City in Namangan was launched.
In the course of acquaintance with the project – a new system of socio-economic geographic information monitoring and digital management of Namangan for the country, the President noted that crime reduction is the biggest issue.
The purpose of the new system is to constantly study the socio-economic situation in the city, daily monitoring, prompt solution of problems based on analytical data, the transition to a new innovative online management method that is highly effective in decision making.
In this system, all indicators are displayed on the monitor through a geographical map. In particular, data on the population, single elderly people, education institutions, the labor market, investment projects, poor families and the criminal situation are constantly being introduced.
The system, launched as an experiment, will then be connected to electronic databases in all spheres. As a result, it will be possible to track socio-economic indicators of the city online, objectively assess the situation, control problems and take the necessary measures. This is an important factor in ensuring peace and safety of the population.
The Head of the state drew attention to the insufficient work of the crime control sectors. Officials of the Ministry of Internal Affairs, the National Guard and the Prosecutor General’s Office were tasked with studying the factors that impede peace in makhallas and developing legal conditions for sectors’ operation.
“Sector leaders in the regions will now be responsible for the results in the fight against crime. We are moving to this system to find answers to the questions: how much crime has decreased, how many lost people have been returned on the right path? If we put the economy in order, solve the issue of crime, peace, justice, we will create decent conditions for our people”, said Shavkat Mirziyoyev.

Measures have been identified to expand training of psychologists for working with the population, to eliminate factors contributing to the commission of crimes.
The reports of the heads of sectors of the region on the ongoing activities on crime prevention in Namangan were heard. 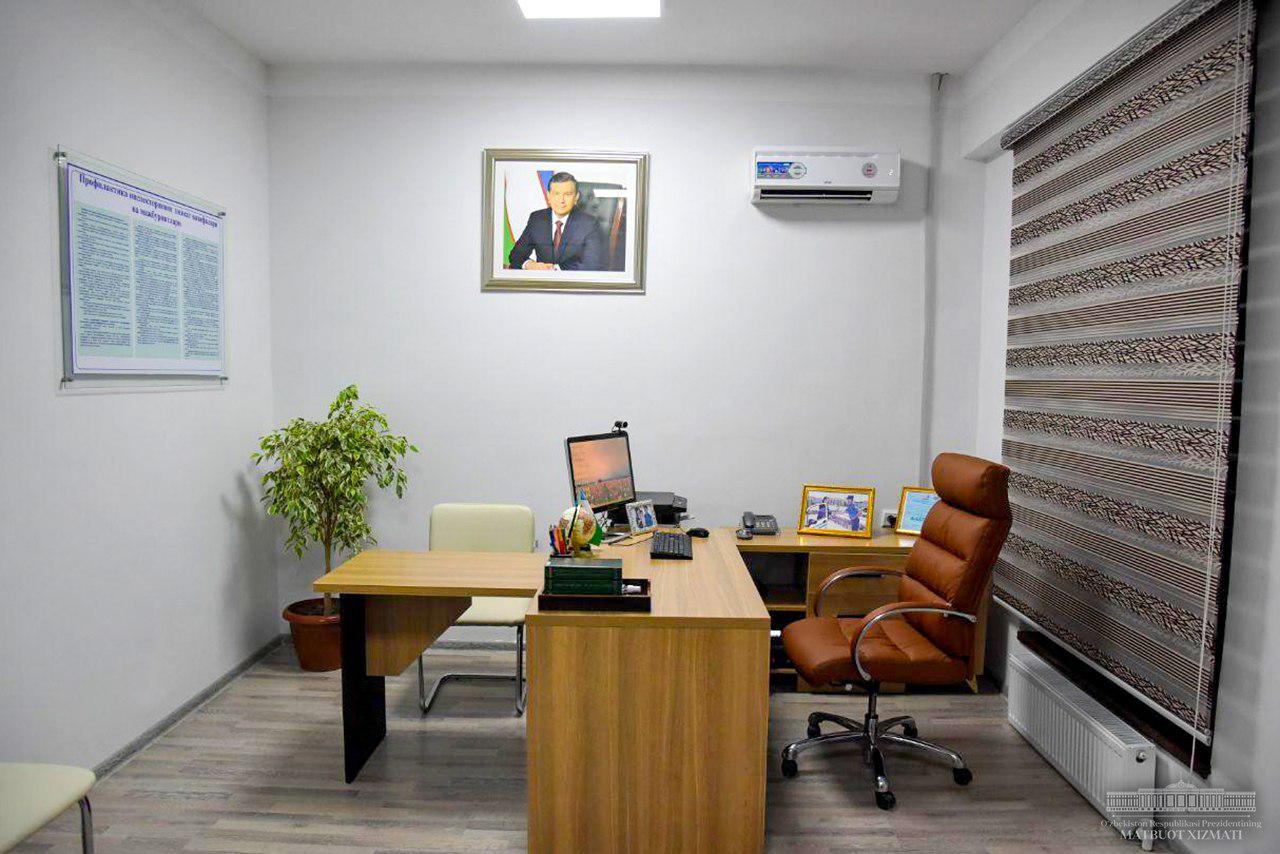 Epidemiological situation in the capital and Tashk…

On July 14, President of the Republic of Uzbekistan Shavkat Mirziyoyev ch…

Shavkat Mirziyoyev: We have all reserves and capab…

Shavkat Mirziyoyev congratulates the President of …

President of the Republic of Uzbekistan Shavkat Mirziyoyev has congratulated …