On June 12, President Shavkat Mirziyoyev visited the Institute of Mathematics of the Academy of Sciences of Uzbekistan.

In his Address to the Oliy Majlis in January this year, the Head of the state initiated the development of several priority areas of science every year. This year, mathematics has been identified as one of these important areas.
This made our people and the scientific community very happy, since in Uzbekistan it has deep historical roots and today is very significant for development.
The Institute of Mathematics of the Academy of Sciences plays an important role in promoting this science in the country. Founded in 1943, the institution has become one of the main centers of mathematical research. The scientific schools of algebra and functional analysis, differential equations, probability theory and mathematical statistics that have appeared here are recognized by the world scientific community.
But until now, the institute has been operating in an old building in need of repair. In order to create modern conditions for mathematicians, a new building was built and commissioned in the campus in Tashkent’s Almazar district.
The President got acquainted with the amenities created here. There are 7 scientific laboratories and Young Mathematicians Center in the new building. The building has an information resource center and classes for workshops, offices of academicians and researchers, a library, a conference hall and a dining room. The rooms are equipped with the latest technologies and equipment. 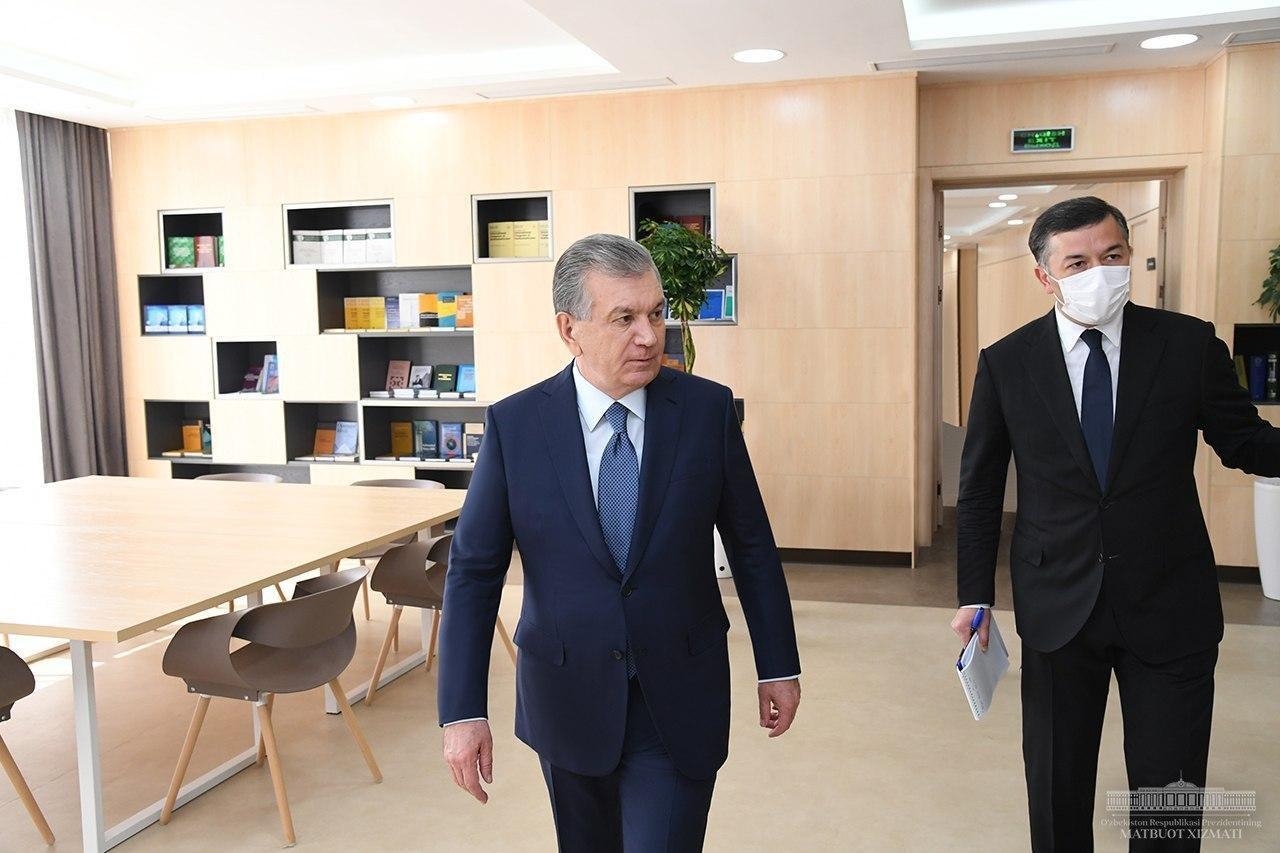 “This modern institute should become an enlightenment center for all scientists. Mathematics paves the way to many sciences. It is no coincidence that we built the institute here on the campus. The institution should ensure a close relationship between education and science, lay the foundation for development of our country”, said Shavkat Mirziyoyev.
A conversation took place with education officials, rectors and mathematicians.

“The cornerstone of mathematics was laid by our great ancestors, such as Al-Khwarizmi, Ahmad Fergani, Abu Reyhan Beruni. The mathematics is in our blood. But over the past twenty years, the level of knowledge in this science has declined. Since we did not pay due attention to teachers, did not give them a decent salary, did not set a specific goal for them. The consequences of this are now felt in many areas. Today, our goal in development of this area is to create a competitive environment in mathematics, to prepare good industrial and engineering personnel”, the President said.
At the meeting with scientists on May 31 this year, the Head of the state emphasized the need for formation of mathematical consciousness from an early age. Therefore, a system is being created in which the Institute of Mathematics will coordinate the teaching of mathematics in preschool education institutions, schools and higher education institutions.
Getting acquainted with the corresponding presentation, the President asked: “Is there an analysis of knowledge and skills of mathematics teachers by district? What else do we need to do in financial and organizational terms?”
“It is impossible to accelerate the development of mathematics by yesterday’s teaching methodology. Therefore, it is necessary to retrain teachers by creating educational programs based on well-established foreign practice. The methodology should arouse in children a love for mathematics. Students should understand that this science is needed in life, in every area. Young people should not study in order to pass the exam, but in order to become educated specialists”, emphasized Shavkat Mirziyoyev. 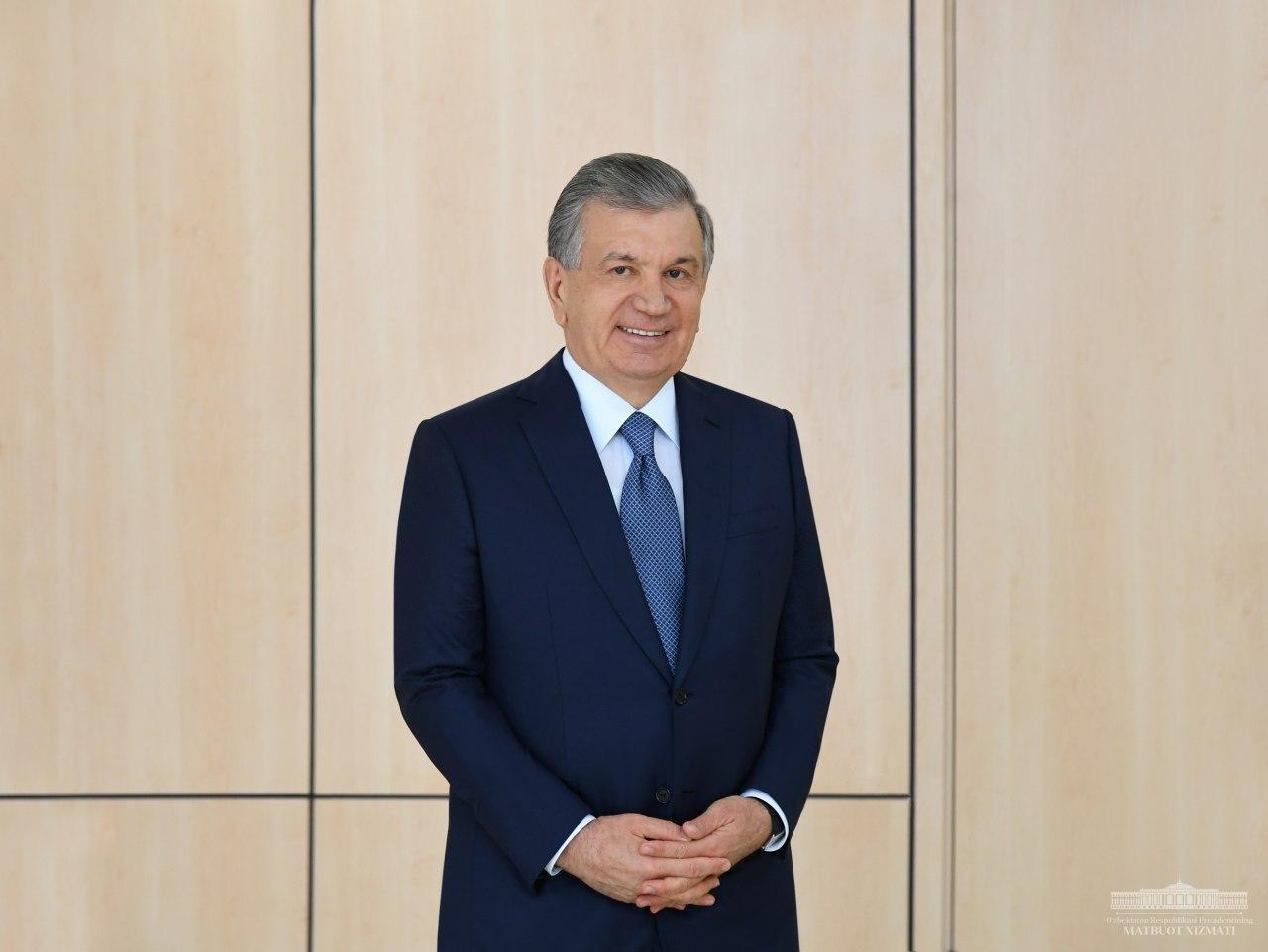 It was noted that it is important to find and invite to school young people who over the past five to ten years have graduated from universities in mathematics, and candidates of sciences to higher education institutions. An instruction has been given to introduce the election procedure for the heads of departments of mathematics, create a council of heads of departments and establish a regular exchange of experience.
The Institute of Mathematics has 72 researchers, including five academicians. Over the past two years, 11 doctors and 14 candidates of science have been trained. 422 scientific articles (245 abroad), 9 monographs (5 abroad) have been published.
Basic research funding in this area has been increased by one and a half times. An incentive system has been introduced for young people who have won international scientific olympiads, as well as their teachers.
The President of the Republic of Uzbekistan on July 9, 2019 signed a resolution “On measures of the state support for further development of mathematical education and science, as well as radical improvement of the activities of the V.I. Romanovsky Institute of Mathematics of the Academy of Sciences of the Republic of Uzbekistan”, on May 7, 2020 – a resolution “On measures of improving the quality of education and development of scientific research in mathematics”. 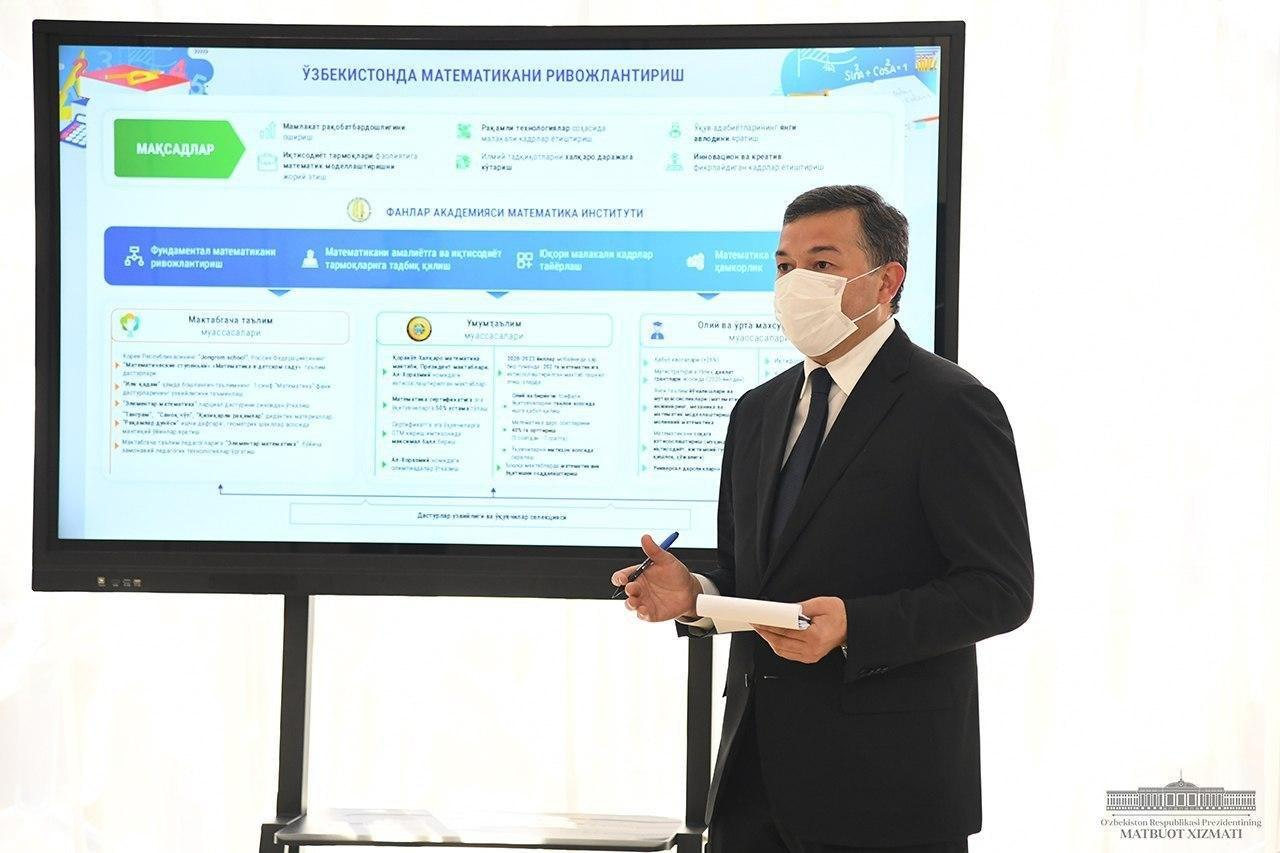 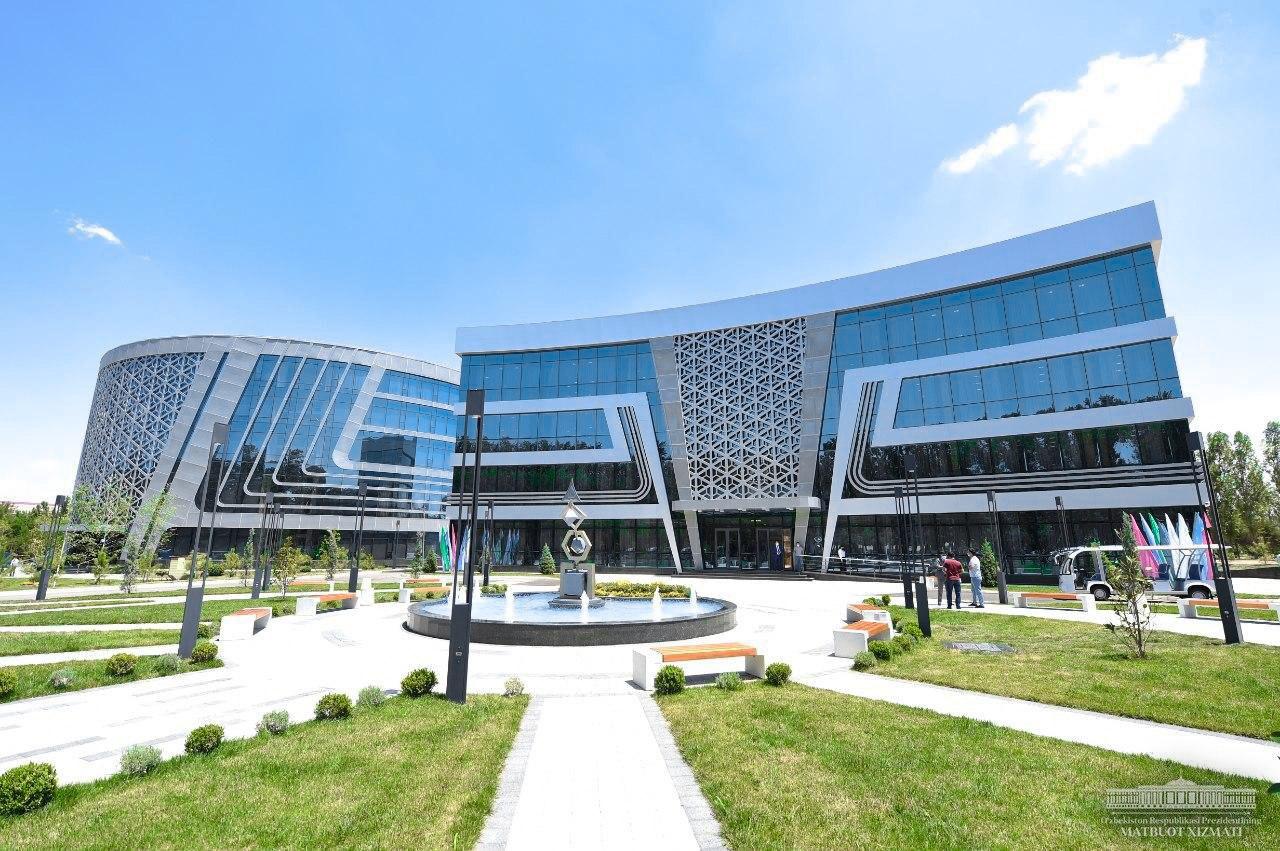 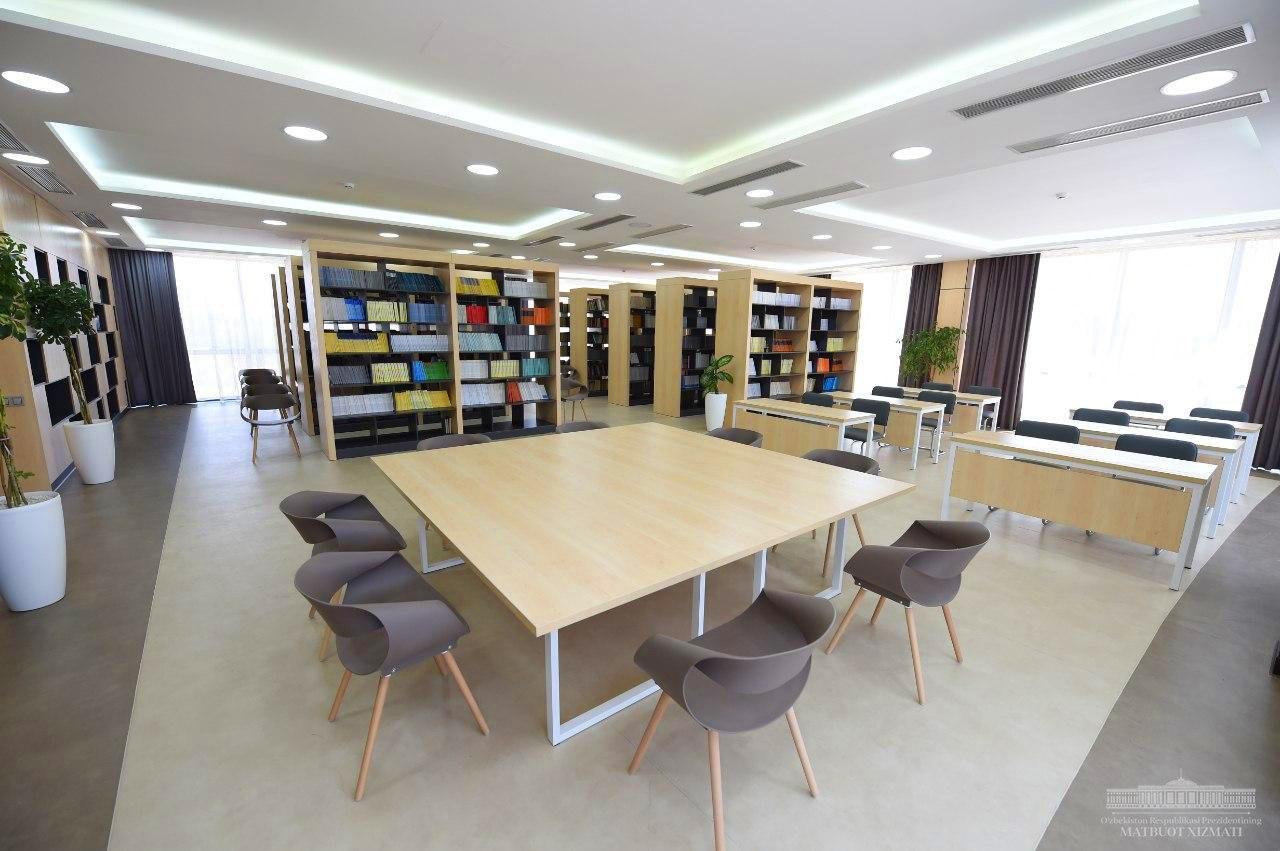 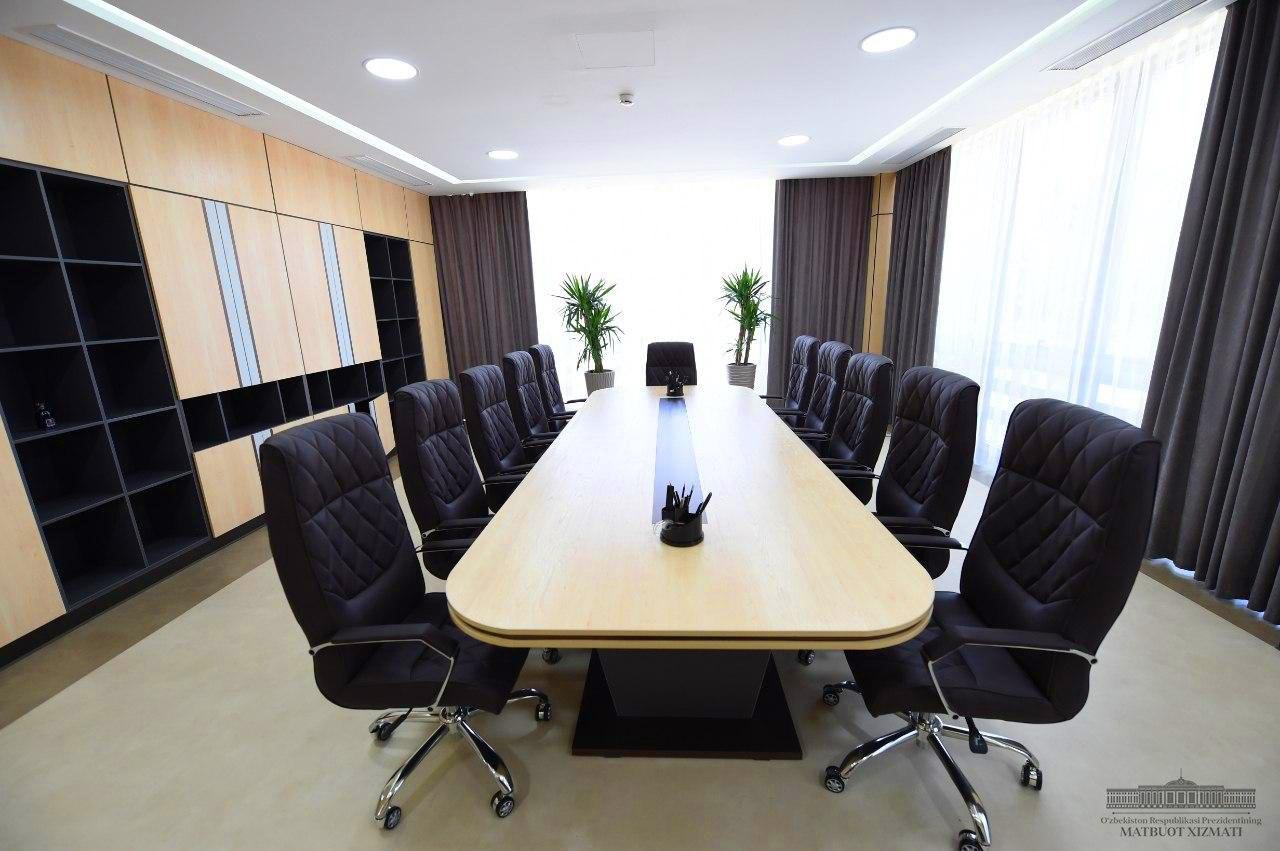 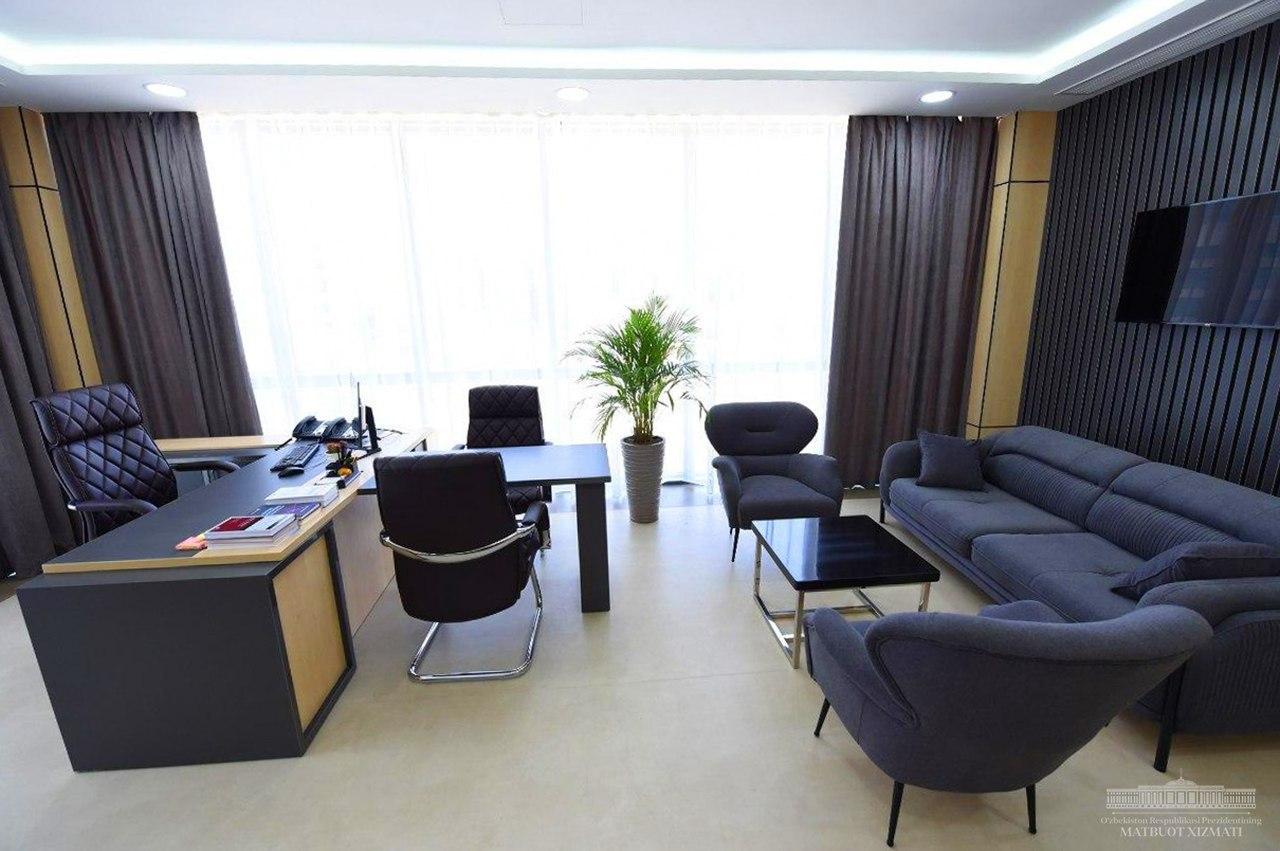 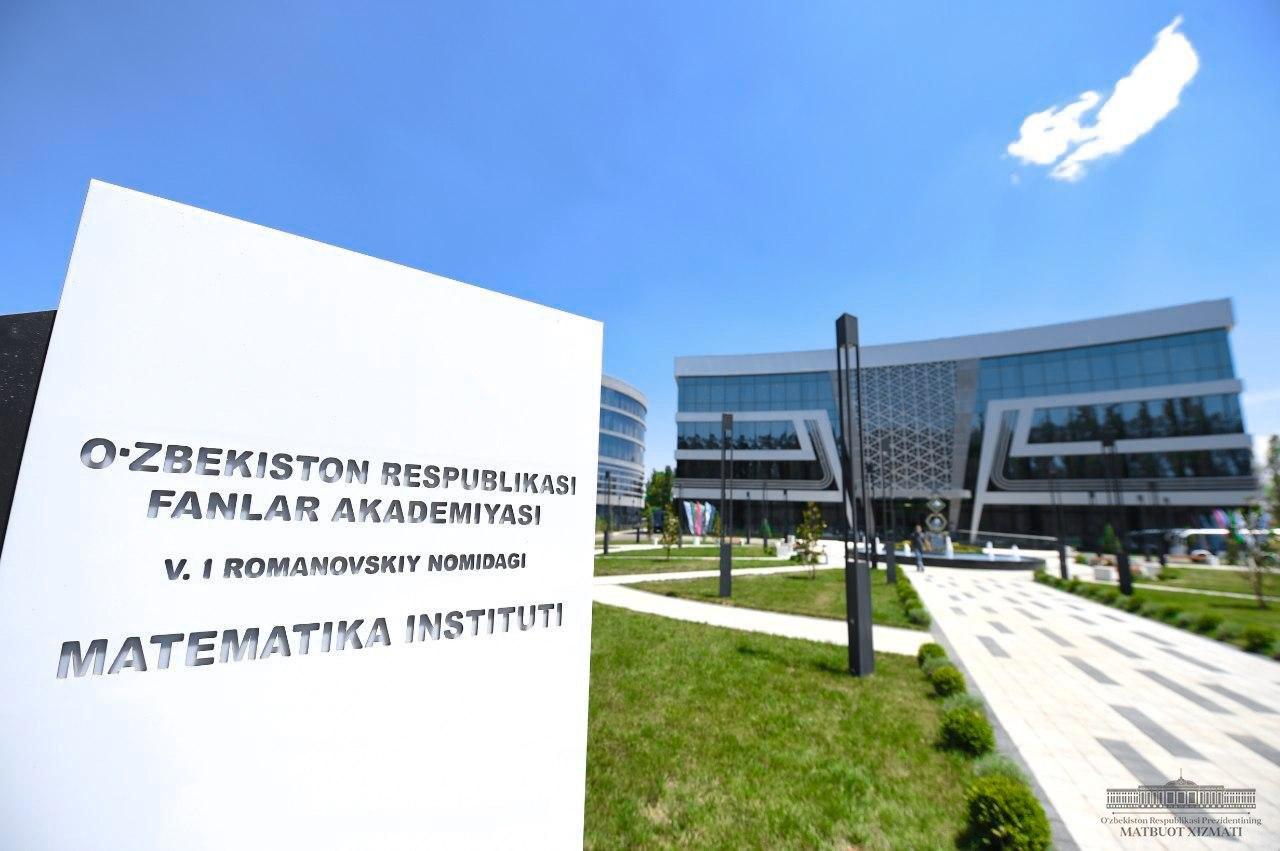 The only way to emerge from the pandemic stronger …

President of the Republic of Uzbekistan Shavkat Mirziyoyev has chaired a …

President of the Republic of Uzbekistan Shavkat Mirziyoyev, at the videoc…

Condolences to the Japanese Prime Minister

The strategy and process of bank transformation di…

On July 6, President of the Republic of Uzbekist…

On July 6, President of the Republic of Uzbekistan Shavkat Mirziyoyev held a …

On July 4, President of the Republic of Uzbekistan Shavkat Mirziyoyev congrat…

President of Uzbekistan holds talks with EBRD President
It is important to study foreign experience in designing clinics
Congratulations to the Philippines President
President visits the Ministry of Innovative Development
Result of a policy for the efficient use of vacant buildings
President visits Afsonalar Vodiysi Park
President departs for Tashkent
Export potential grows, additional jobs created
Letter of the United States President to the President of Uzbekistan
Key directions identified to ensure economic stability
Namangan’s hardworking, active, educated residents deserve a good life
More than $100 million of credit resources to be allocated for service sector projects
President Shavkat Mirziyoyev's letter to the First President of Kazakhstan - Elbasy Nursultan Nazarbayev
The road signs have been installed in the Bukhara tourist streets
President becomes familiar with Namangan Railway Station
Long-term development of Almazar district discussed
Responsibility and competence are the key to crime prevention
President gets acquainted with small industrial zone’s possibilities
Shavkat Mirziyoyev: He who speaks the truth sympathizes with reforms
Shavkat Mirziyoyev: Scientists are our country’s golden fund