President Shavkat Mirziyoyev got acquainted with the overpass, erected at the intersection of Akhangaran highway and Makhtumkuli street.
Over the past three years, cars in Tashkent have increased by 95 thousand. The traffic flow between the capital and the regions become more intense.
In this regard, 4 overpasses have been built and commissioned in the capital over the past three years in order to increase traffic capacity and reduce congestion.
Akhangaran highway is part of Tashkent ring road. The construction of a new part of Makhtumkuli street increased traffic on these roads. The overpass project, launched in 2018 and completed this year, created great amenities for drivers.
The traffic intersection at this intersection consists of 3 levels, the length of the lower, tunnel part is 593 meters, the middle level in the form of a ring has a length of 29 meters, the trestle stretches for 502 meters. On the tunnel and overpass – a six-lane, at an average level – a five-lane canvas.
Previously, this intersection had a throughput of 7 thousand vehicles per hour. Now, 20 thousand vehicles can drive here in an hour. No traffic lights are used here, which also ensures uninterrupted traffic.
In addition, this new transport interchange reduced the distance of Tashkent – Chimgan route by 22 kilometers.
“Inevitably, the number of vehicles in Tashkent will only grow. Therefore, it is necessary to act in advance and continue work on expanding the streets and building bridges”, the President noted. 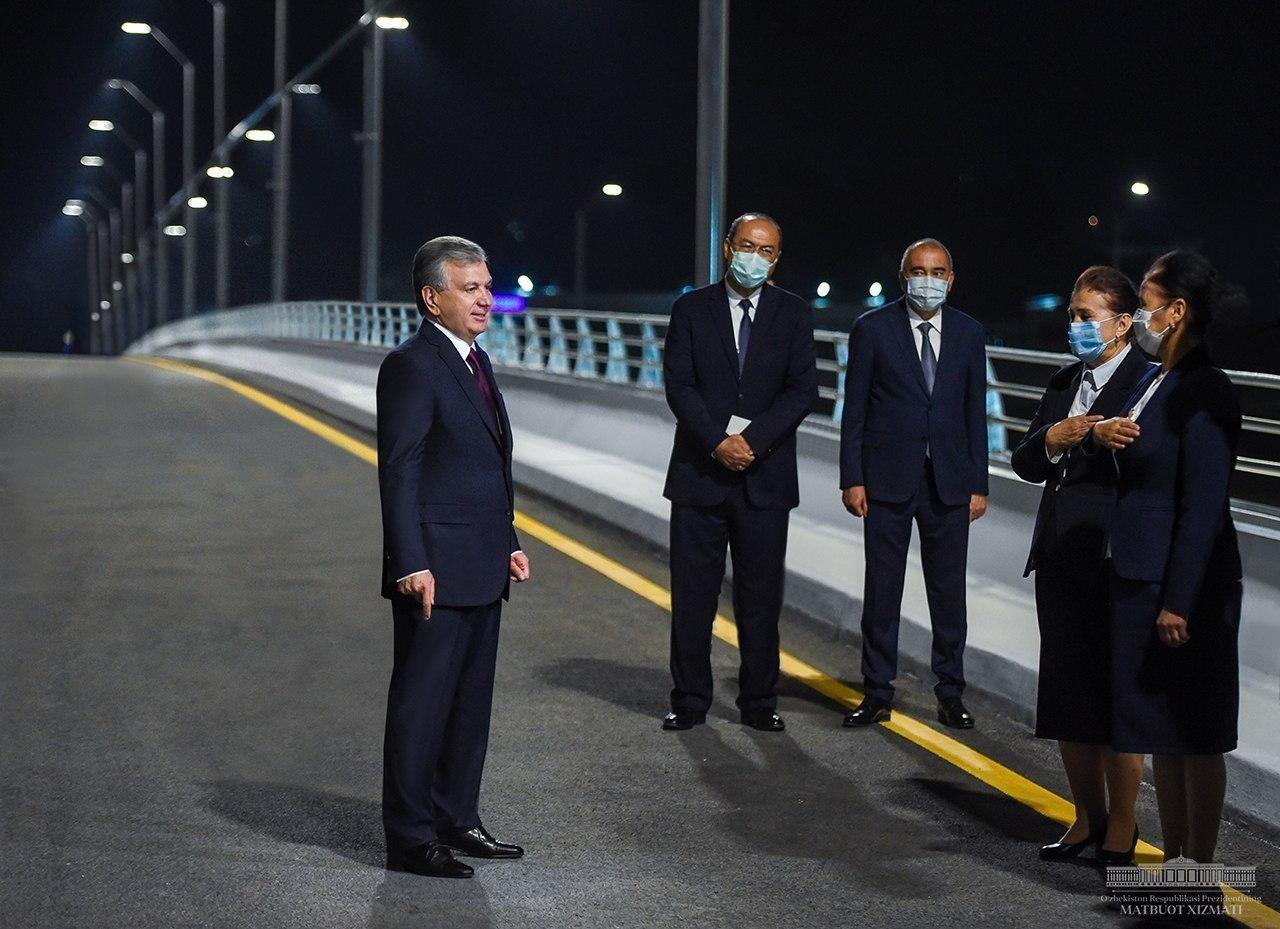 170 energy-efficient light poles have been installed at the facility. An area of 15 thousand square meters has been landscaped. 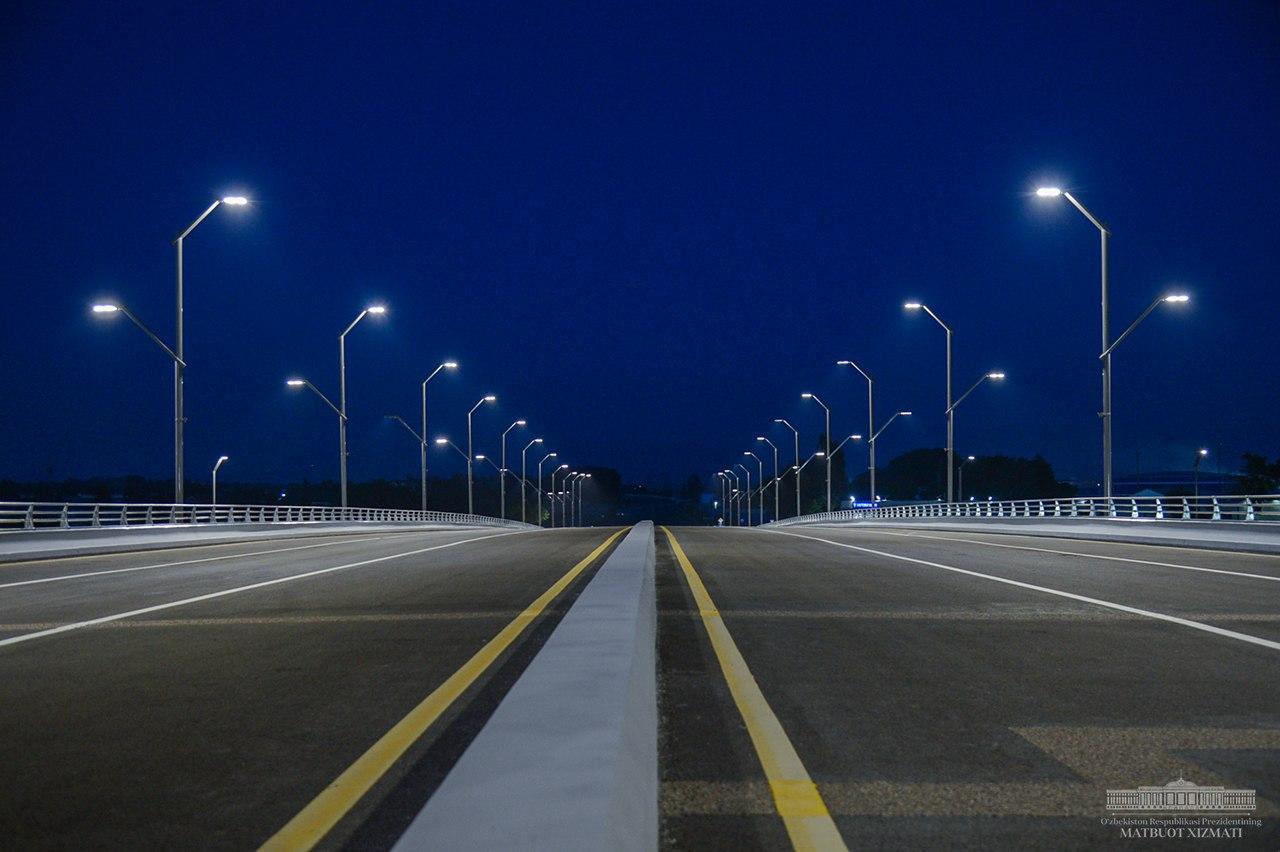 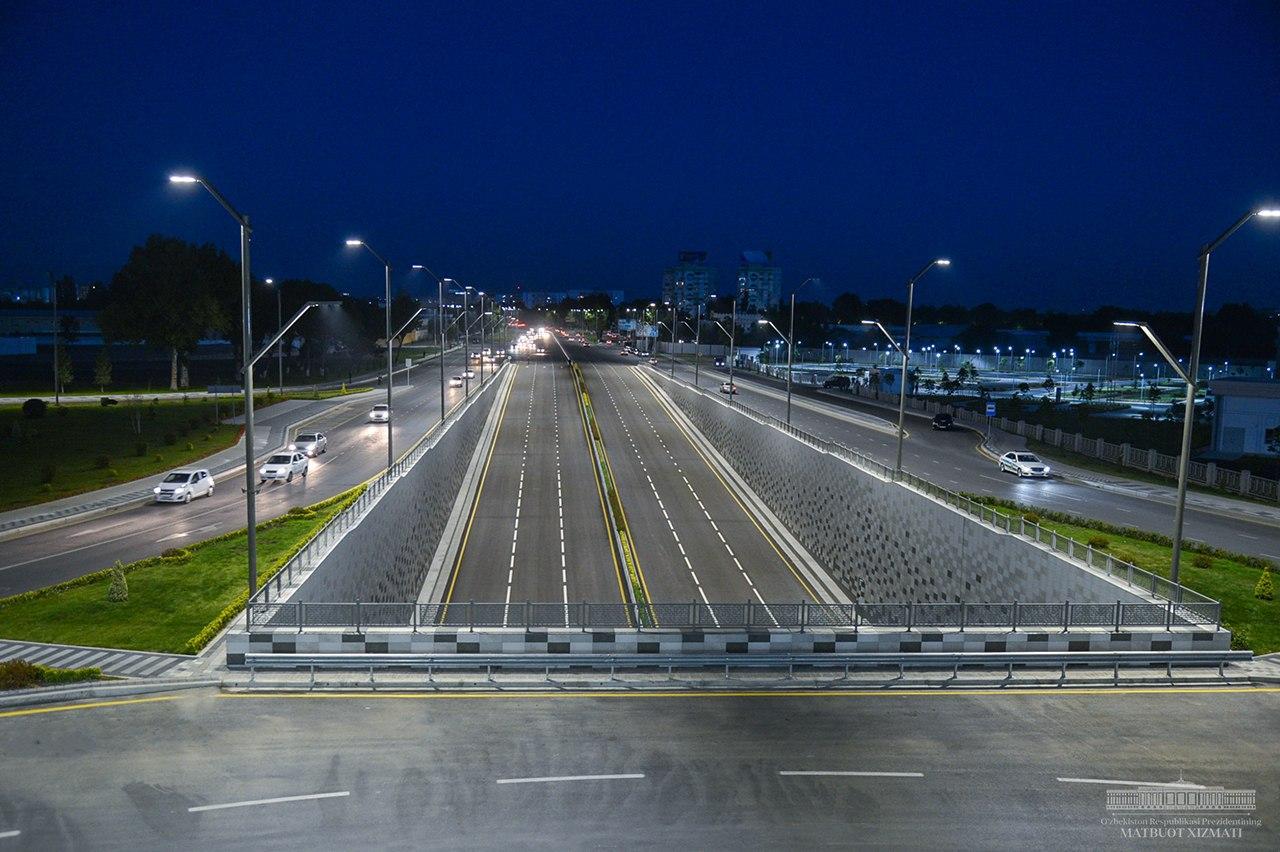 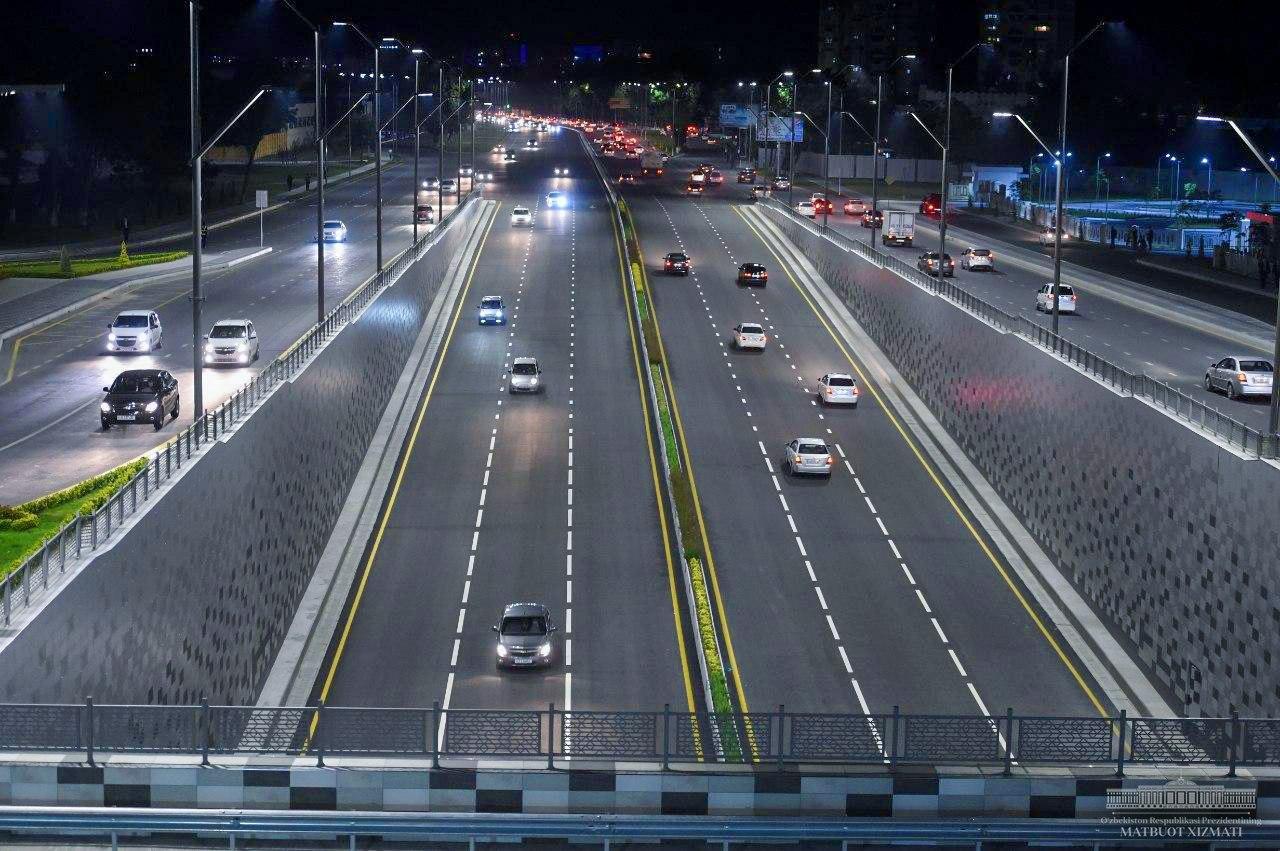 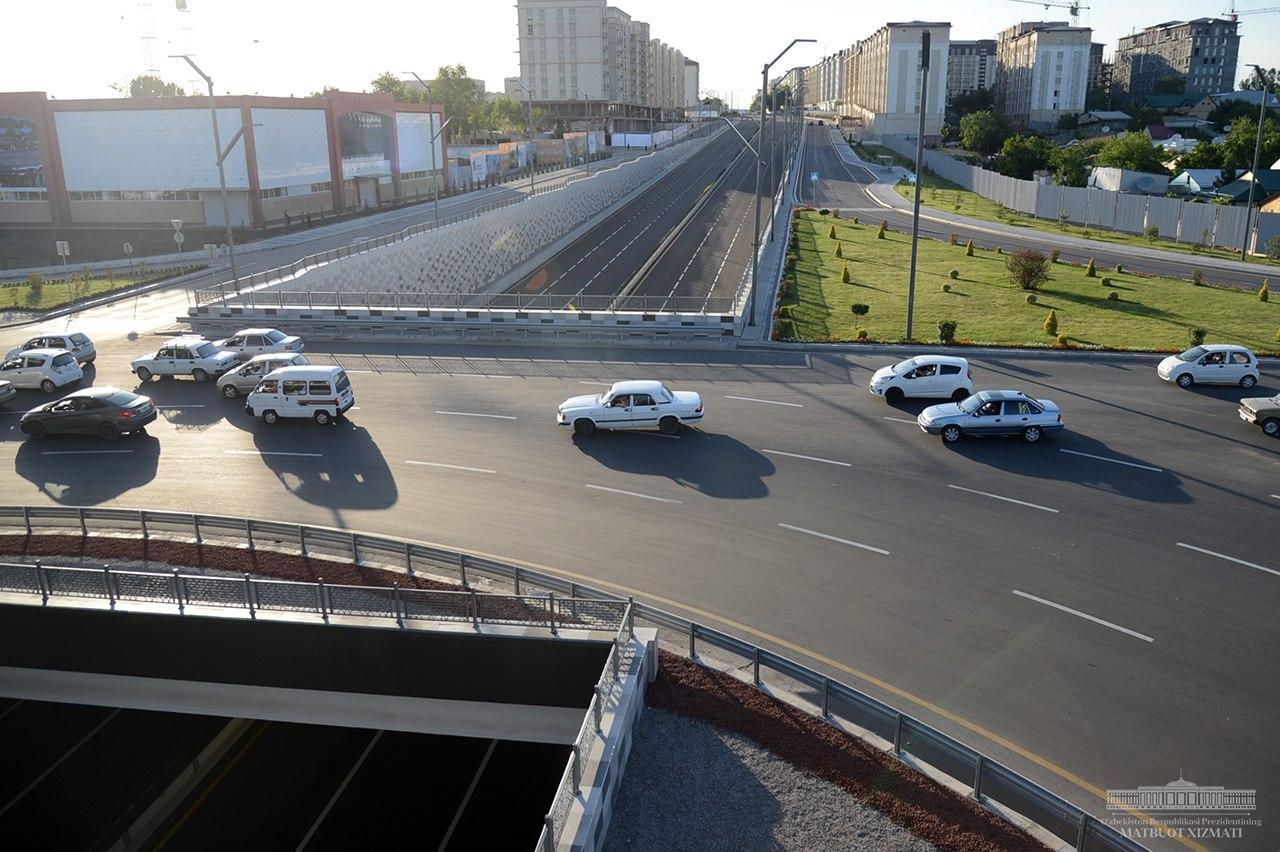